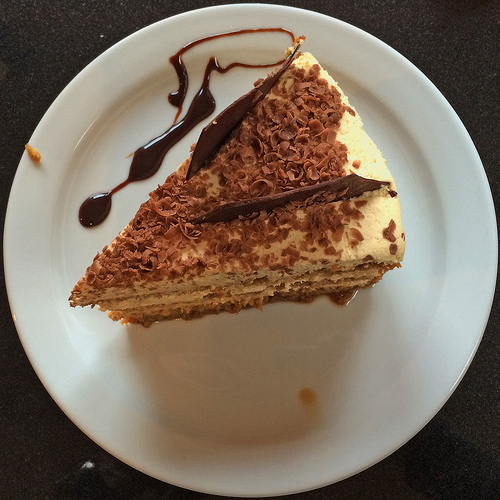 When it comes to quick cake baking, tiramisu cake is probably the best options to take; it has a fancy taste and saves a great deal of time when preparing it. It is easy to make hence saves one the hustle of spending too much time in the kitchen. It is great for a get-together or just a special occasion at home.

1. Pre-heat the oven to about 350°, and evenly spread the butter on the pan including on the sides. Align the bottom of the pan with parchment paper to prevent the cake from sticking to the pan. Crack all of the eggs into the mixing bowl and kick up the mixture to high speed and let it settle for about a minute. Slowly add the one (1) cup of sugar into the mixture and let it rest for another five minutes until its thick and pale yellow, and the mixture should be about three times the initial volume afterward. Sift the flour into the butter and mix it so that the flour becomes evenly distributed in the mixture. Sifting makes the cake to be light and airy. To avoid the deflation of the cake, ensure you thoroughly stir the mixture. Add some flavor to the cake by adding a teaspoon of vanilla to the mixture and then stirring. Transfer the resulting content to the pre-prepared pan. Make sure the top of the cake is even before going further (placing it in the oven).

2. Place the mixture in the oven and let it bake for about thirty (30) minutes. If you place a toothpick in the middle of the cake, it should come out clean, which is an indication that the cake is ready. Let the cake cool for about 10 minutes after getting it off the heat. Then remove parchment paper at its bottom. Transfer the cake to a wire rack and let it cool further to room temperature. Cooling it further to room temperature protects the cake’s frosting from melting. Use a serrated knife to cut the cake from the side into two even layers.

3. Take one and a half (1 ½) cups of heavy whipping cream from the fridge and bit the mixture at high speed for about two minutes. Transfer the whipped cream to a separate bowl and add the 1 ½ cream cheese together with ½ cup of white sugar. Beat the mixture at high speed until it becomes creamy white. Using another bowl, mix the whipped cream and the cream cheese thoroughly until they make a uniform mixture. Set the mixture in the fridge until its ready to use.